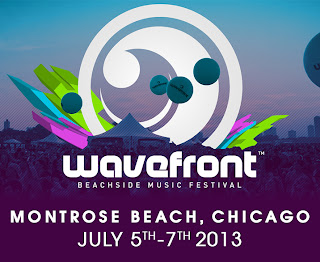 Earlier today Billboard released Wave 1 of the official Wavefront Music Festival 2013 lineup.  This is a great expansion upon the initial lineup we saw with the Groupon deal(Link).   Some incredible talent has been assembled for the 2nd annual Wavefront including Diplo, Chris Lake, Jus†ice, Cosmic Gate, Dubfire, 3LAU, Magda, Nicholas Jaar, Rusko, and more.  Pre-sale tickets go on sale at midnight April 3 and regular tickets will be available April 4 at 9am at Wavefront.com