Early this this year genxglow.com reported that SFX Entertainment, Robert F.X. Sillerman's company, seemed to be in talks with Beatport to purchase the company.  They uncovered SFX-BEATPORT HOLDING, LLC and SFX-BEATPORT, LLC in Deleware public record.  According to Ben Sisario in the New York Times, "SFX Entertainment, the company led by the media executive Robert F. X. Sillerman, has agreed to buy the music download site Beatport, part of the company’s plan to build a $1 billion empire centered on the electronic dance music craze.


Mr. Sillerman declined on Tuesday to reveal the price. But two people with direct knowledge of the transaction, who were not authorized to speak about it, said it was for a little more than $50 million.......Beatport gives us direct contact with the D.J.’s and lets us see what’s popular and what’s not,” Mr. Sillerman said in an interview. “Most important, it gives us a massive platform for everything related to E.D.M.”' 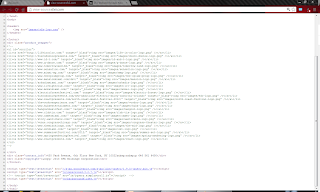 This move is in line with the other recent purchases and acquisitions by SFX/ Robert Sillerman.  Earlier in the month we reported(Article) that SFX Entertainment/ Robert Sillerman seemed to have purchased several prominent EDM companies in North America, including Q-dance, React Presents, and the Mid Chicago to name a few.

The billionaire is building a EDM empire one purchase and deal at a time.  The results are slowly coming to light and it's definitely going to shake things up here in North America.  More and more EDM and the festival scene are being controlled by fewer and fewer.
at 7:55 PM